In 1879 Missouri, Jack Dryden’s wife left him just before their adopted children could arrive. When he meets the trio at the train station, he’s unable to send them back to the orphan’s home in New York.

Alice McCarthy takes her responsibilities seriously. She’s in charge of the Hays children and can’t let her feelings about Jack influence her. The rules are clear. She must refuse the adoption. Only, all five of them felt a bond at first sight.

Now they must find a way to bend the rules to continue on as a true family.

Clay Winslow is a Pony Express rider on a mission beyond his usual Sacramento to Carson City mail run. When he decides to deliver a stack of lost letters to their original sender, Clay never expects to lose his heart along the way.

Abigail Sterling began a pen pal relationship with a gold miner looking for a mail order bride. An unexpected letter arrives telling her of her long-distance romance’s death. Before Abigail can respond to the kindhearted sender, she’s even more surprised to find the deliverer of bad news on her doorstep a few days later.

Can the written word begin a relationship? Or are Clay and Abigail merely reading what their heart desires? 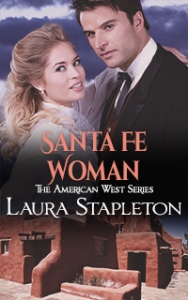 After the tragic years of the Civil War, Rachel Stewart and her brother Isaac decide to leave Missouri for new opportunities. Their family farm is gone and both agree a new life in the trading town of Santa Fe is what they need.

Only, when a Union officer comes into her work for a quick alteration of his Sunday clothes, she wants to learn more about him.

Captain Patrick Sinclair is leaving with his soldiers for Fort Dodge, Kansas. But when he meets Rachel, he is smitten. He tries to imagine ways to come back to Missouri and see her as he leads the men on to their new assignment.

Anne Galway and Dmitri Romanov started their romance with a betrayal. Caught up in a fast affair, Dmitri is devoted to his new love. Until, he sees his first mate sail off with his ship and runs onboard to recapture the outbound vessel. Angered at being left behind, Anne follows him onboard.

As they leave Portland and everything else behind, neither Anne nor Dmitri are sure whom to trust. Everyone with them is suspect and alliances form. While the ship sails west to Dmitri’s Russian home, Anne can’t help but wonder if their love is as strong as the lure of the open seas. 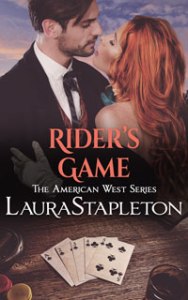 As a Pony Express rider, John Williamson is used to riding fast, avoiding danger, and betting high. He’s one of several young men responsible for getting the mail further down the line on time no matter the personal cost.

When her brother signed up to be a Pony Express rider, Fiona O’Brien became an express stop employee. The young men she cooked and cleaned for had her kindness but not her heart.

Until John walks in and both see their futures in each other’s eyes. Can Fiona love a hard-living man? Can John change his life for the woman he adores?

When Harry Donovan became an adoption agent for the Orphan Train children, he’d been more accustomed to prosecuting criminals. The orphans depended on him, and he took his new duties seriously. But when his wife, Polly, died in a flu outbreak, he ignored everything except work, until his irresponsibility stared him in the face. Two children Harry had placed with a couple were in the dry goods store without their parents, and shamefully, Harry didn’t know why for sure. The two seemed to be happy and well-fed, and their lovely guardian appeared to care for them.

Mollie Nelson had been helping the adopted children keep a terrible secret about their new parents, the Robinsons. Like Harry, she’d lost her spouse to illness. Caring for the two youngsters orphaned a second time kept her too busy to grieve. Her farm and the children’s needed her attention night and day. She wanted to confide in the handsome adoption agent, but his stern demeanor scared the children when they imagined the new home he might find for them.

Now that the adoption agent is asking questions of the children and their secret guardian, will they be able to continue living with Mollie, or will Harry place them in an unknown new home? Can either guardian or agent ignore the blossoming love between them and do what’s best for the children?